Thank you for stopping by today to learn what the Giving Shelter project is all about. I decided to record this CD with the hope that others would not have to go through what my late wife, Janine, and I did when she was diagnosed with cancer: we spent over six months living in hotels near the hospital as our home was too far away to commute. Needless to say, it was financially taxing. I'd like to change that for others who will experience the same thing. Please read more about what Janine and I encountered under the About tab. Please sign up for our newsletter to stay apprised of our fundraising efforts, information about the CD, and other project-related issues.

Recorded live on August 20, 2016 at the legendary HOME Bar in Arlington Heights, IL, this album captured the first live performance in 50 years by the surviving members of the classic lineup of the band who brought GLORIA to the top of the American radio charts in the winter of 1965-66 - The Shadows of Knight!
Starring: the original (and only) singer, Jimy Sohns, reuniting with guitarist Jerry McGeorge, keyboardist David "Hawk" Wolinski and drummer Tom Schiffour, this was undoubtedly one of the most heroic performances in Rock & Roll history!
Reverently produced by current band member Jeff Millar-Sax, with Giving Shelter alums John Cranfield mixing along with additional help from Joshua Seth Eagan behind the board, this live album delivers the power and energy reminiscent of classic live albums such as "Get Yer Ya-Ya's Out" and "Frampton Comes Alive" with the pristine sonic clarity of "Hell Freezes Over."
The artwork from long-time SoK collaborator Rhonda Holland and pictures from the cream of Chicago's rock photography elites amplifies the music with visual gems from this band's 50+ years of hi-octane Rock & Roll.
After an explosive opening set from the "current" lineup, featuring a blistering guitar solo by the evening's host, Jim Peterik (Ides of March, Survivor) on the band's second million-selling single "Shake," the nearly 1100 people in attendance were ready for this historic reunion. Along with additional special guests Ted Aliotta (Aliotta, Hayes, Jeremiah) and Jim Pilster (The Cryan Shames), both the "current" and "classic" lineups of the band reinforce why The Shadows of Knight's title as "The Godfathers of Garage Rock" still rings as true today as it did in 1966.
​
This one should definitely be played LOUD!!!! 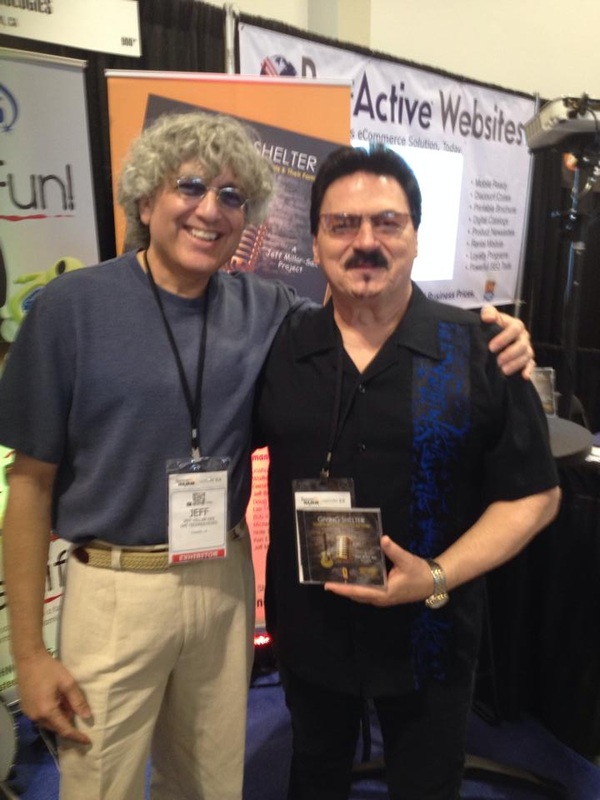 Thus far sales of Giving Shelter have generated the following amount toward housing cancer patients and their families:

© 2014 - 2015 Jeff Millar-Sax & IMS Technologies, LLC.
All Rights Reserved. All other trademarks are the property of their respective holders.
www.givingshelter.net & www.imstechnologies.net ~ websites by Red Queen