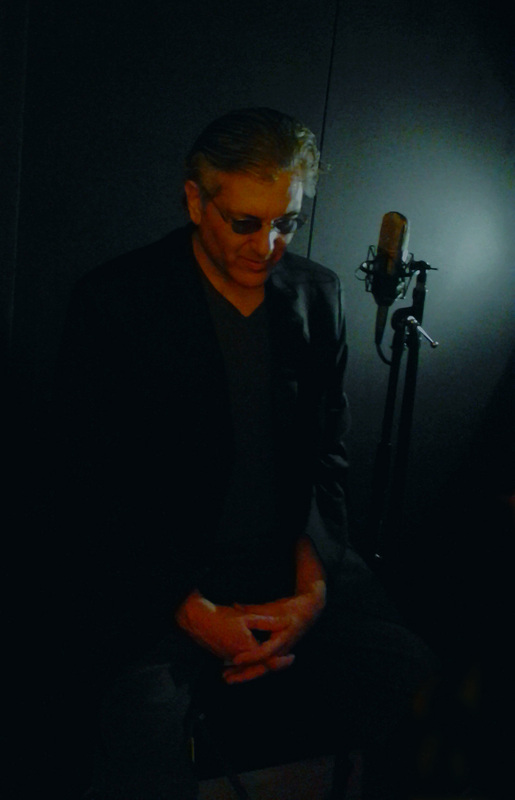 It must start with Janine as she encompassed all three.  However, along with my all-to-brief time with Janine, there are several other amazing people who have guided, inspired, aided and befriended me who must be mentioned, for without you all, I would not be in a position to express my gratitude to you. Without your unique and significant contribution, this project would never have been realized.  So in no particular order, but with some notes where appropriate, my heartfelt thanks and love go out to all of you:

Alan and Beth Friedman for as you say, "New friends are like silver but old friends are golden." In that case, you are platinum. Steve Geyer, without whom I would have given up the guitar after two weeks and probably would not have written my second song, let alone come this far musically. To Elena and Perry Myers - my adopted family. To Brian, June and Alex Stokes-Millar.  It was Alex who first introduced me to DCA, the drug that was saving Janine. Bruce, Janet, Ben and Zach Pratt - another adopted family from way back.  To Linda Pan - I am so grateful.  While we are discussing family, my brother Dave Sax has also been amazing.

David Gartland and the stellar people at Saga Musical Instruments.  I am so proud to play the custom Trinity College model you made for me and am honored by the opportunity to perform for Saga annually at NAMM. Those shows would not be as fun or complete without dear friends Ron Bienstock, Giles Davis and you playing alongside.  Same goes for Josh, Richard Howell and James Zota Baker.  To Doug Kupper, Jeff Pevar and Rob "the Drummer" Gottfried, who gave me my professional start in front of and behind the mixing board. They also introduced me to lifelong friend, Woody Andrews. Woody, along with Max Cheney, Bill Hale and Mike Robinson, of "Routine" has helped me greatly on the path to healing. Same for the fine gents of Allegheny Southern: Kelly Spitzer, David Whitt, Olin Richey and Stephen J. Arti.

To Steve Lukather and Bob Fredette always the first to answer my updates, and always with something meaningful, and for being so supportive during Janine's battle.  To my friend Joe Lamond, my new friend Dan Del Florentino, and the rest of my NAMM/Music Products Industry family. To Danny Rocks and Zach Philips who gave me a chance to participate in the greatest trade organization on the planet.  To Harvey and Dennis Levy for welcoming me into the fold.  To Dennis Briefel and Glenn Libby who gave my my first consulting job in the Music Products Industry.  To Corey Oliver at Traveler Guitars. To Evan and Doreen Skopp, for your kindness to the new kid in the room and your continuing friendship. To Jen Lowe for her inspiration, humor, great perspective and shoulder.  To Ric Jaime for his wonderful friendship, generosity and incredible talent for bringing my graphics visions to life.

To dear friends Craig Baum, Janet Kilby, Peter Reasin, Kippy Kramer and Maggi Barboza who've tried their best to keep me in line during and since Janine's battle.  To Audrey and David, Lynsey, Nicola, Jack, Rhys, and Lily Brown - thanks for being Janine's best pals and for caring for me from across the pond. Jon and Helen Millar as well.

Tons of love to Dr. Akbar Khan from Medicor Cancer Centres, also to Lilian Reed, Dr. Colin Joyo and Dr. Michael Olek at Hoag, and the angels of VNA Hospice of SoCal.  To Alberth, Rossaline and Ramelia of Inland Empire Caregivers - always in the right place at the right time with the right words and actions. To neighbors, Paul and Nita Flores, Louise Cefalu and John and Lynda McCoy who have been my guardian angels since Janine took ill.  Megan Stockwell and Suzy Fuson - thanks for watching my "kids" when I travel, work late, am in the studio or at a gig - they and I adore you for it.  I know that Janine sends her love and gratitude to all of you as well.

To dear friends Sue Pope, Marianne Sullivan, Lou Gallo and John Picetti,  with whom I am in the horrible club of losing the best person in our lives.  To Karen West,  who along with Marianne and John P have the inner strength of giant Sequoia trees, hearts as big as Texas and incredible courage in spite of all that has been thrown at them. To Laddie and Crash who are waiting at the bridge, and to Sandy, Oliver and Sweet Pea.  Everything I didn't learn in life from Janine, I learned from our dogs.

Although they've been acknowledged for their roles in the making of this album, so many things could not have happened without the love, protection and friendship of Robyn Whitney and Michael McDonald. To Lee Bench, Ken Eisennagel, John Cranfield and Sam Madill.  Your skills and friendship are beyond reproach.  To Bernard Fowler, you sir are a man of your word.  To Betsy Alexander for your help in making two websites, a Facebook page and a Twitter account come to life in just a few short weeks.  Dominique Guillermo for letting me practically kidnap Josh for 18 months and for the awesome job you did with the art for this CD.

While on this subject, if the acknowledgements start with Janine, they must end with Josh Eagan. If not for Josh's guidance, patience, and incredible talent, this project would not have been completed. As a producer, he gets it.  As a musician, he has all the chops and knows how to use them.  As a friend, he's the guy you want in the foxhole beside you as he'll have your back at every turn.  In the midst of all the stellar performances on this project, Josh was the anchor, the glue that forged the groove which made everything else sound better.  Josh took ownership of this project as if it was his own.  "Thank you" just doesn't cut it.

As Janine told me after her mother died of a stroke soon after we were married,  "I'll never get over it, but I will get on with it." The same goes for me.  In addition to my beloved Janine, please allow me to recognize a few more souls who left their mark on me before they left us - most in an untimely fashion and almost all from one form of cancer or another:  my grandparents, Max and Sophie Sax and Hy and Ida Goldman.  My in-laws: Alexander Brian and Bridgette Millar.  Pam Sudduth (I am thrilled to be reunited with her husband Thomas and son Scott) and my first true friend in LA, the legendary David Crouch.  Also to those I've lost since Janine, including friends Susan James, John Giovannoni, Kim Sempreviva Hickok, Roger Pope, Frank Gallo, Carol Wasson, and last December, my father Larry Sax.

May your lights shine eternally.

OK - enough babbling.  Turn it on, play it loud and enjoy!  Thank you for buying this album and helping other people in need as a result.

JMS
© 2014 - 2015 Jeff Millar-Sax & IMS Technologies, LLC.
All Rights Reserved. All other trademarks are the property of their respective holders.
www.givingshelter.net & www.imstechnologies.net ~ websites by Red Queen